Prohibition, Bootleggers, and Rumrunners in Seattle 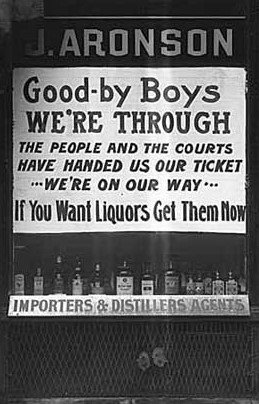 Vintage homes comprise a special type of charm. Classic architecture, fine craftsmanship, and rich history help us imagine a bygone era. What was daily life like? What ideas were valued by people of the time? And what was happening in this young city in 1922? Thanks to accurate records, we can piece together the life of the young couple who would call 1510 Warren Ave N home (it's for sale! Click here). We also know that this home was built during the height of Prohibition in Seattle.

Harold and Ella Mae Wiedemann purchased this house new from the builder in 1922, moving from a rented home in the Greenwood neighborhood. We know that Harold was employed by Fisher Bros. Co. a food wholesaler located in the 1201 Western Ave. building. This architecturally significant office building was constructed in 1910 and was home to many of Seattle’s most prominent maritime businesses and food wholesalers. The Queen Anne location would have been convenient for Harold, and this beautiful Queen Anne home would have been a smart purchase for a hard-working young family.

Harold began work in the grocery industry as a porter then worked his way through the ranks to become a wholesale salesman of canned fruits, a very lucrative career in the early 1900s. Seattle was disrupted by Prohibition between 1916 and 1933, which played out on Puget Sound, in the local waterways, and in town hall, as Roy Olmstead, a former Seattle police officer, operated Seattle’s largest booze smuggling and distribution operation.

Speed boats or “rumrunners” were in high demand as locals purchased alcohol from Canadian wholesalers then transported it to Seattle for distribution. These fast vessels were able to outrun U.S. Coast Guard vessels, thus their notorious nickname.

In 1922, the year this home was built, the first bootleggers' convention was held in Seattle. More than 100 “ booze runners and wholesale dealers” meet for the first time to form an alliance/association/cartel. While we have no evidence that Harold Wiedemann was at the meeting or involved in the distribution of liquor, it was well known that Seattle grocers and food wholesalers were deeply connected in the distribution of illegal beverages.

The smugglers and distributors agreed on rules and regulations for their new association. They regulated prices, called for use of approved business methods, agreed to purchase liquor from both Vancouver and Victoria wholesales to keep prices down, and unanimously agreed to boycott drug smugglers and to assist law enforcement in their capture and arrest. The group was well organized.

This Queen Anne block must have been a vibrant place to live and thrive, as U.S. Census reports list neighbors from all over Europe and the UK including Norway, Ireland, Denmark, Sweden, and Germany. Occupations on this block included teachers, accountants, stenographers, a pharmacist, and an insurance agent. This beautiful Queen Anne home is ready for the next generation to tell a new Seattle story.